October 1st, 2014, kicked off with the VIA festival and ProjectileObjects was there to represent in a big way.

We had two shows planned at the Rex Theater in the Southside of Pittsburgh, PA. The first was on Thursday, October 2nd with DeafHeaven, Liturgy, & Slices, the second show was on Saturday, October 4th with Little People, Yppah, & Headphone Activist.

For both events, I partnered up with the brilliant mind of Todd Keebs to plan, built, and perform. The following video is a short compilation of visuals from both shows.

Thanks to Doug Helmick for filming during the October 2nd show, and special thanks to Ben at the Rex, Lauren & Quinn at VIA, Josh Tkaczuk for lighting, and once again to Todd Keebs for everything and running lasers during the October 4th (Little People & Yppah) show.

There is a tutorial to come on work during this event. Also check out NakYouOut’s write up of the event: https://nakyouout.com/lists/top-via-pgh-2014-moments

There’s a new template and tutorial for VDMX using the off-the-shelf APC40 MKII Midi Controller. I’ve made two custom templates for this controller to get VDMX users to get started. You can download the files Read more…

I contributed a write-up to the VIDVOX blog (the makers of VDMX)! https://vdmx.vidvox.net/tutorials/vj-travel-kit-whats-in-our-bag This article covers software, hardware, and miscellaneous things I pack when working on the road. Many of these tools are lifesavers! I’ve Read more… 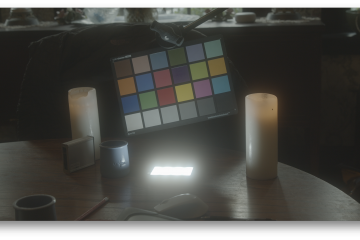 The DIY Camera Dolly & Rode Wireless Go 3D printable mic protector were a hit! And I wanted to share another film related break down from a recent shoot. Dream-like camera lens filters! I had Read more…